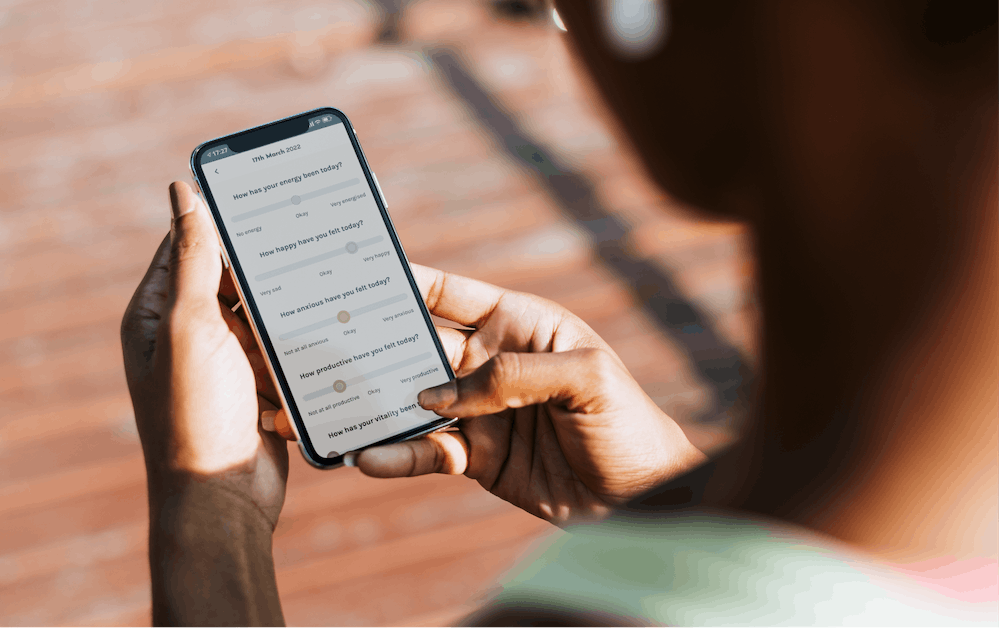 Discovering “what works for you” using lifestyle trackers is difficult

Millions of people use lifestyle and health tracking platforms to manage their wellbeing, but each system typically measures only one or two variables at a time (such as exercise, diet, mood, energy level, or sleep).

For people with chronic medical conditions, who often look for what “works” and what doesn’t by examining a long list of variables, the process is too difficult. 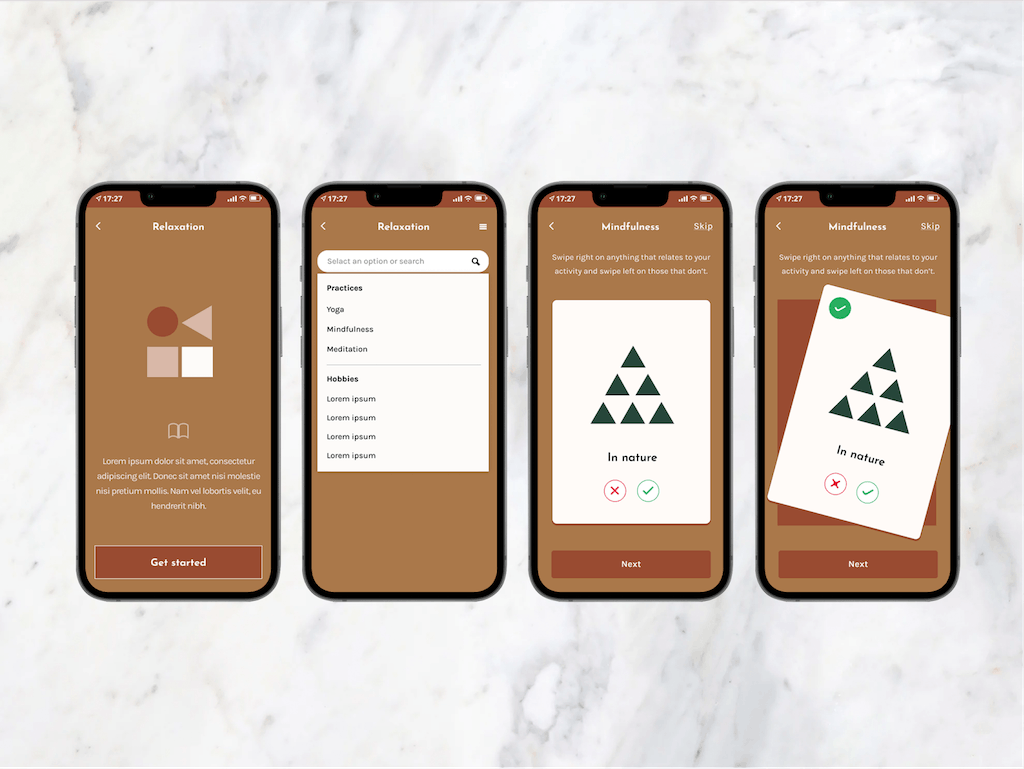 Testing the market with a new idea

Solo entrepreneur Julia Marshall-Wessendorf wanted to create a unified platform to allow anyone to track dozens of data points across six categories: sleep, nutrition, movement, relaxation, relationships, and self, and then correlate that data to discover what combination of factors produced the most benefits.

Before investing in a fully developed app, however, Julia first wanted to build a prototype to test the market.

Building the best possible prototype with a limited budget

Prototypes are typically developed quickly to keep costs down during early testing, and the Rocketmakers team agreed to develop the wavesix (previously Wellanz) prototype in just two one-week sprints. With such limited time it was important to choose the right combination of features to fit within that budget, but still provide plenty of information to make the testing process worthwhile.

Julia also had clearly defined goals for the aesthetics of the wavesix app. She asked for a functional, no-nonsense user interface, and a brand design that featured a muted, autumnal colour scheme. 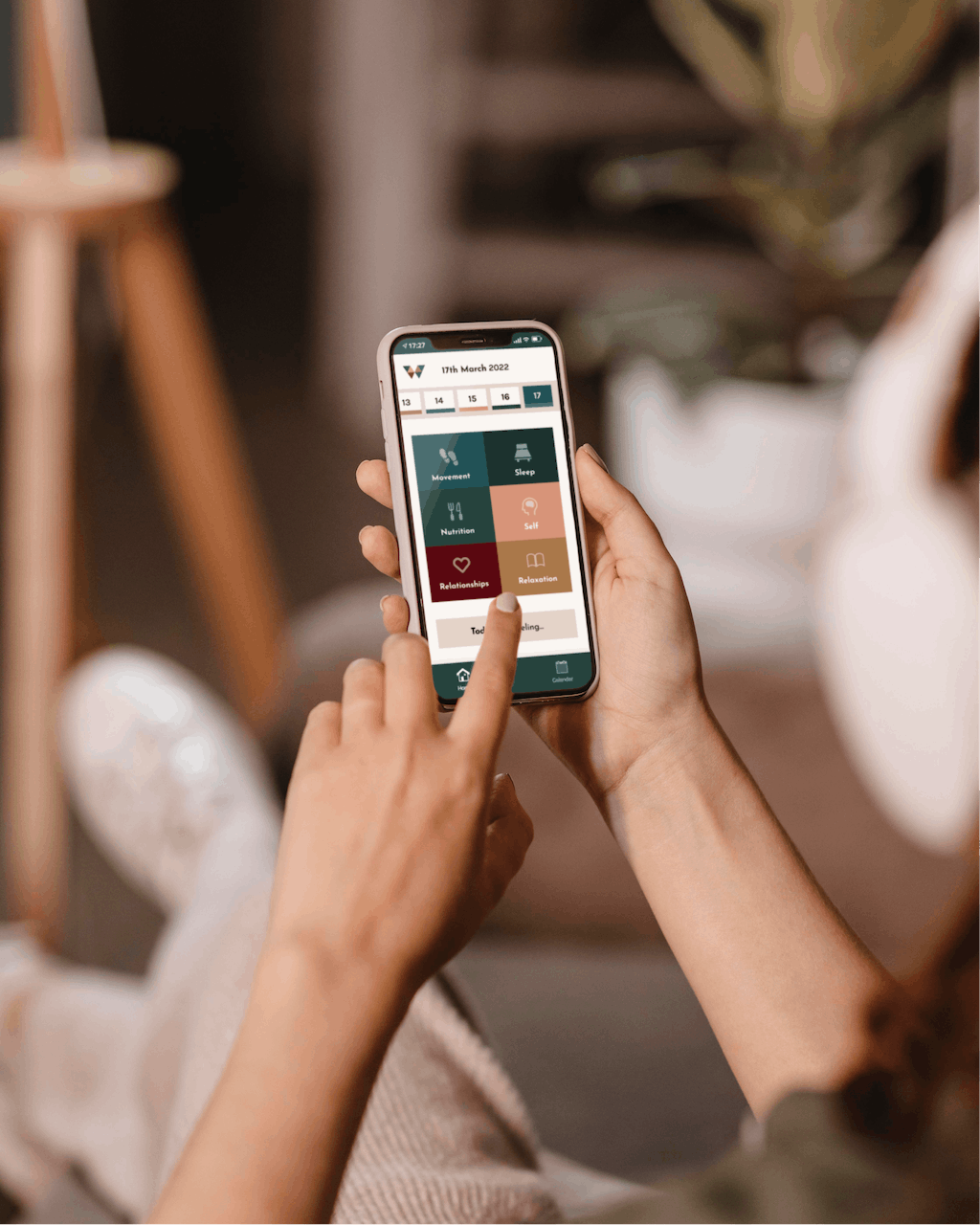 Speed was a priority, but taking the time to get feedback from end users is an essential part of good user experience (UX) design.

The Rocketmakers UX team drew up a questionnaire with key questions, which was distributed as part of our research process.

Using that data, the UX team created a series of wireframes which the developers then used to code the prototype’s software.

Creating a robust prototype by focusing on simplicity

Although many prototypes are very basic no-code or low-code versions of an application, the Rocketmakers team designed the wavesix prototype as a fully-coded app. This made distribution of the app to testers easier, and provided a more authentic user experience.

To code a new app from scratch and get it deployed on the Apple and Android beta testing platforms in just two weeks, however, Rocketmakers’ developers needed to keep things simple.

The team decided to make the app “front-end” only, and to make each feature of the app follow a standard pattern. These two choices could limit performance of the app if it was in constant use for an extended time, but were not an issue for a prototype test.

Being “front-end” only meant the entire app could be programmed using two frameworks the Rocketmakers dev team knows well: React and Capacitor. The resulting code would work on both iOS and Android phones. Not having a “back-end” meant all data was stored locally on the user’s phone and not on a cloud database - a solution which worked perfectly well for a short-term project.

A successful test of a fully-coded prototype

One of the main challenges for the app’s design was presenting the vast amount of data the app collected back to the user in a way that was intelligible and promoted insight.

After trying several design options, the UX design team created a calendar view which would allow users to quickly see which days they reported feeling better, and then compare them to other data points collected by the app. Up to six variables could be displayed at a time on the calendar view, and users could quickly swap any data point out with a new one to compare with just a few clicks.

After testing, the design team sent out new questionnaires to users. The feedback was extremely encouraging! 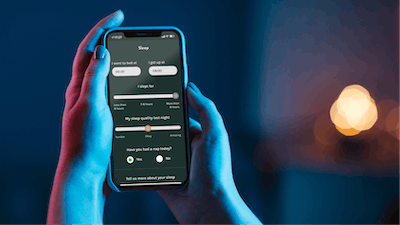 Deciding to build an MVP

Julia was delighted to see her vision for the wavesix app make the transition from idea to a prototype app being downloaded by users in just two weeks. She was also extremely encouraged by the user questionnaires received after the prototype testing was complete.

A few weeks after the completion of the testing process, she commissioned Rocketmakers to start work on the next iteration of wavesix: a full MVP. 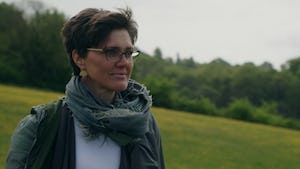 It's been great working with Rocketmakers, they are just an amazing team. I can't thank them enough!