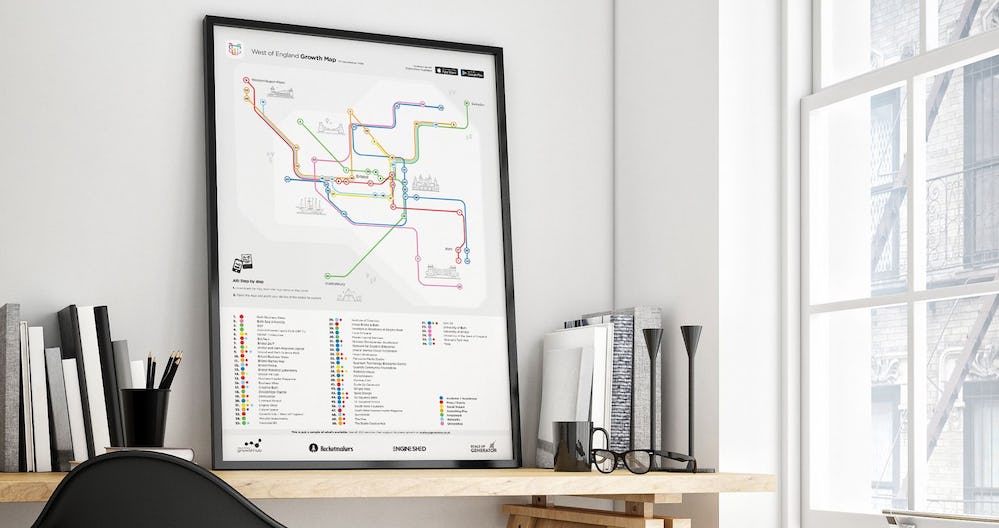 For the West of England Growth Map we designed a classic tube map style poster with an accompanying augmented reality smartphone app. 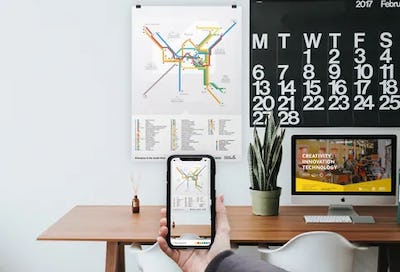 The West of England Growth Map originally started as purely a print project; to design a poster showcasing businesses in the South West plotted on a tube map, where each line represented an industry type. 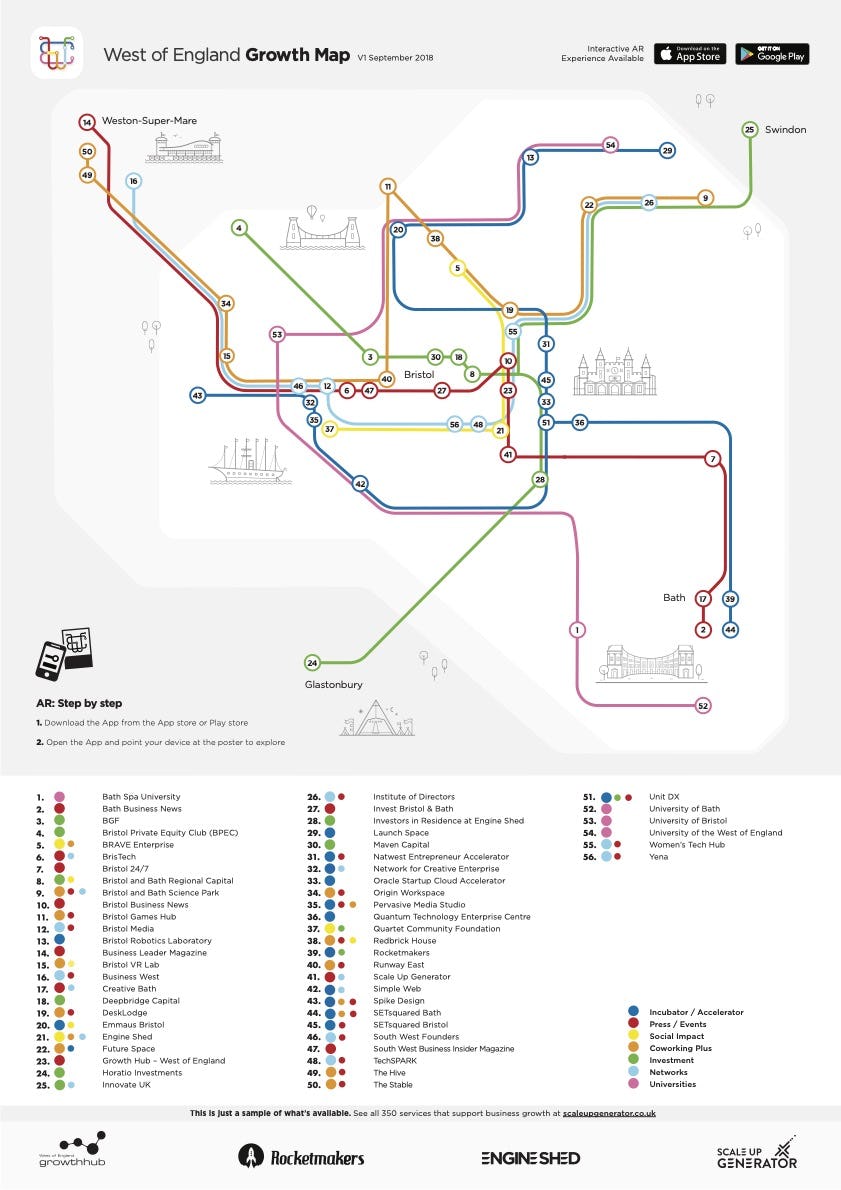 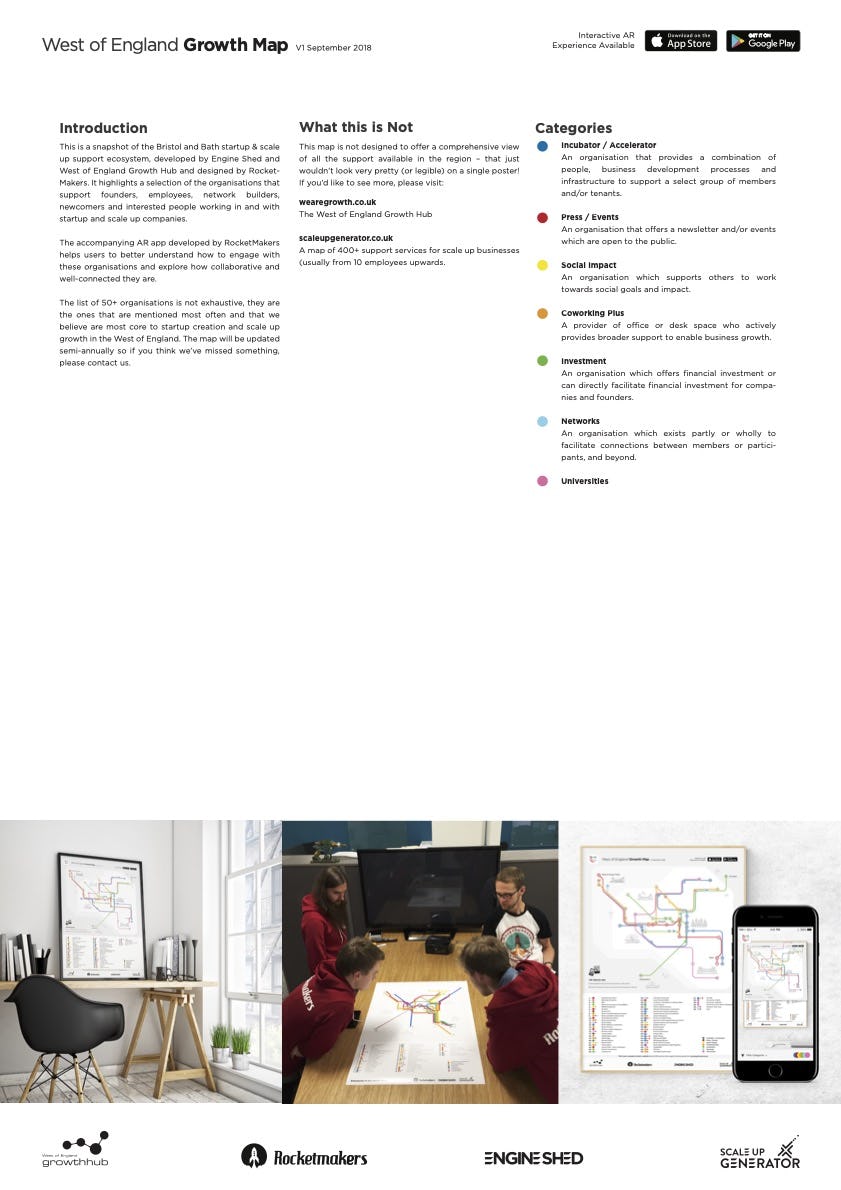 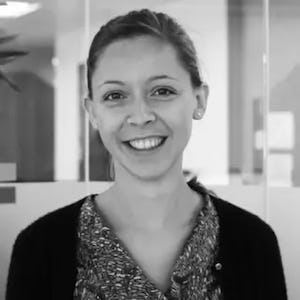 Rocketmakers took this brief and really flew with it and the resulting poster and augmented reality app are engaging, pretty and useful. The team were the best combination of visionary, flexible and focused on the deadline. 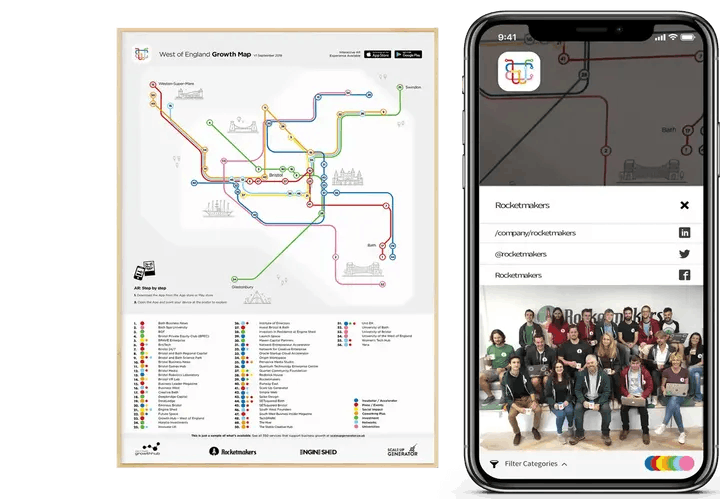 We loved the idea but wanted to make the tool even more interactive. We built an AR app that could be downloaded for free and used alongside the poster, allowing a great deal more information and clearer connections between organisations to be visible to the user. The project was featured on BBC South West News and a second version of the map and app are currently in the works. 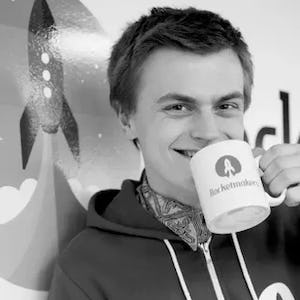 For the West of England Growth Map we put together a systematic layout using a database of scale-up infrastructure locations provided by Briony. Using this as a basis I extrapolated the map out into 3 dimensions to enable deeper insight using the companion Augmented Reality app. 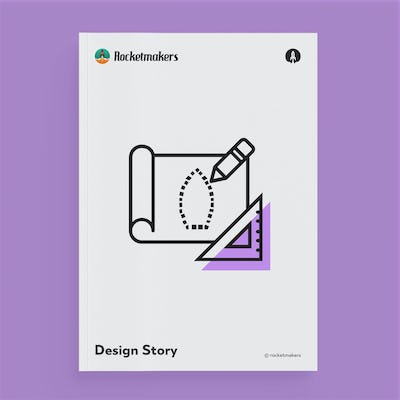 How the brand and designs evolved
Take a closer look at our creative process designing West of England Growth Map's original web presence, laying the infrastructural foundations to then build a platform with an array of different features, page layouts, and functional components.