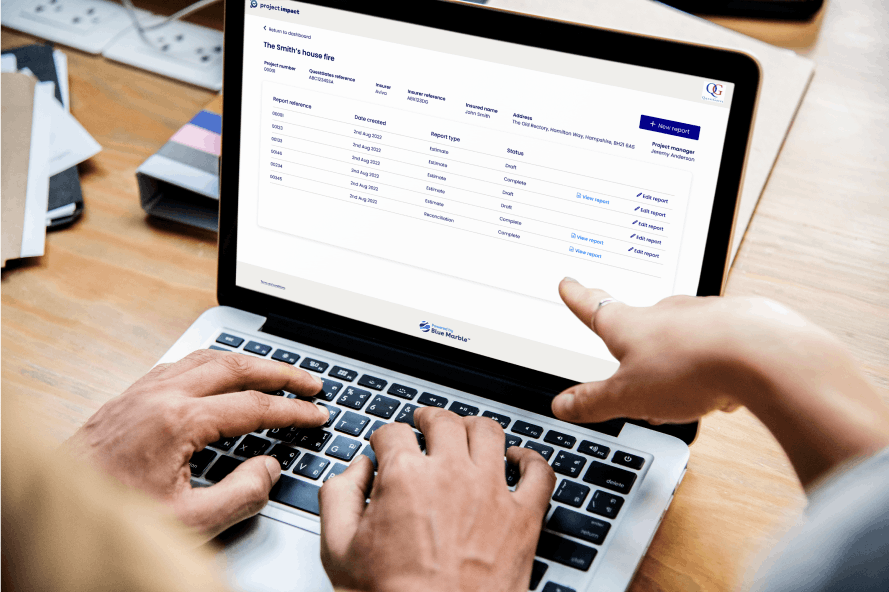 Environmental experts that wanted to scale

After discussing several options, it was agreed that Rocketmakers would design and build a minimum viable product (MVP) during an eight week period. Blue Marble would then use the MVP to gather user feedback to inform the next development phase. 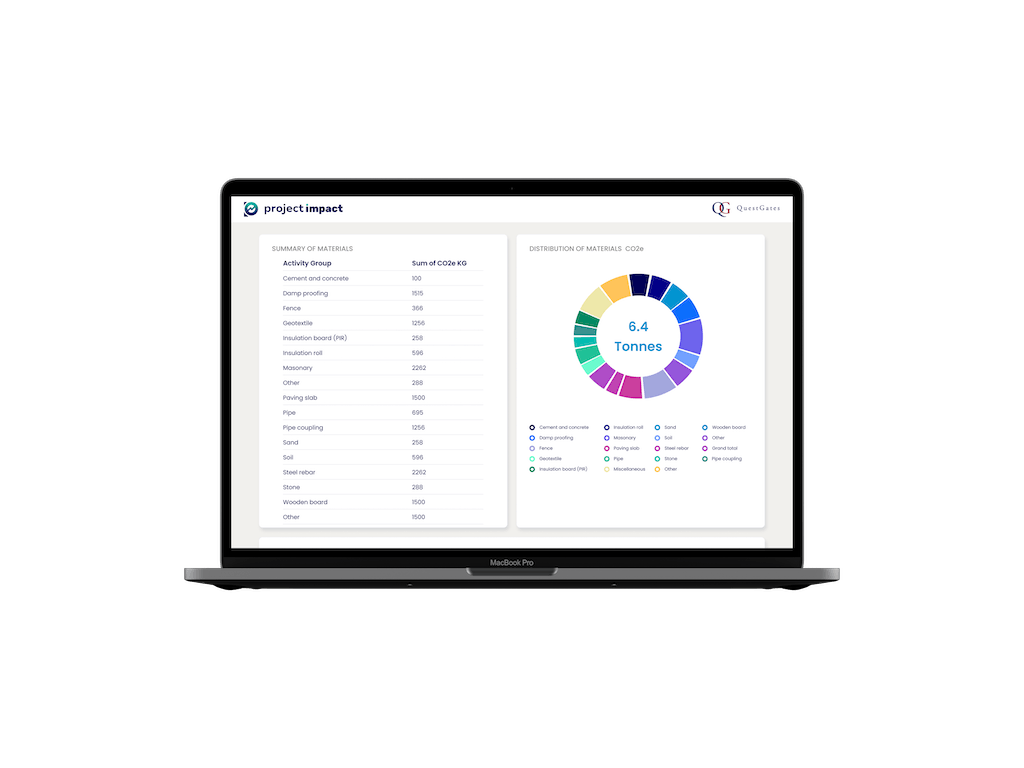 Rocketmakers recommended building a lean MVP for Blue Marble to use to gather user-feedback rather than a more basic prototype thanks to a new addition to its development arsenal: Orbit Slingshot.

Prototypes tend to be more basic than MVPs, and are built as quickly as possible to test the concept and business case for an application. For several years, we’ve built prototypes using Google Firebase, which allows the dev team to rapidly configure a database, account creation system, and other basic features. Firebase is fantastic for building a product quickly, but it also has significant limitations.

The feature set is restrictive, and scaling a product built using Firebase will never be commercially viable. For this reason, after using a Firebase-built prototype to gather user-feedback it tends to be discarded, and the MVP is then built from scratch.

Instead of building a Blue Marble prototype with Firebase, Rocketmakers decided to use Orbit Slingshot to skip right to the MVP stage.

Orbit is a collection of pre-built and pre-tested modules of code which has been developed by Rocketmakers over several years, and Orbit Slingshot is its latest iteration. It comes already configured with reliable notification platforms, an account creation system, and easy access to a Microsoft Azure or Google Cloud database.

Like Firebase, Slingshot accelerates initial development time, reducing the foundational work of an application from two weeks to a single day. Unlike Firebase, every part of Slingshot is designed to scale. By using Slingshot, Rocketmakers could produce a scalable MVP for Blue Marble for the same cost as a disposable prototype. 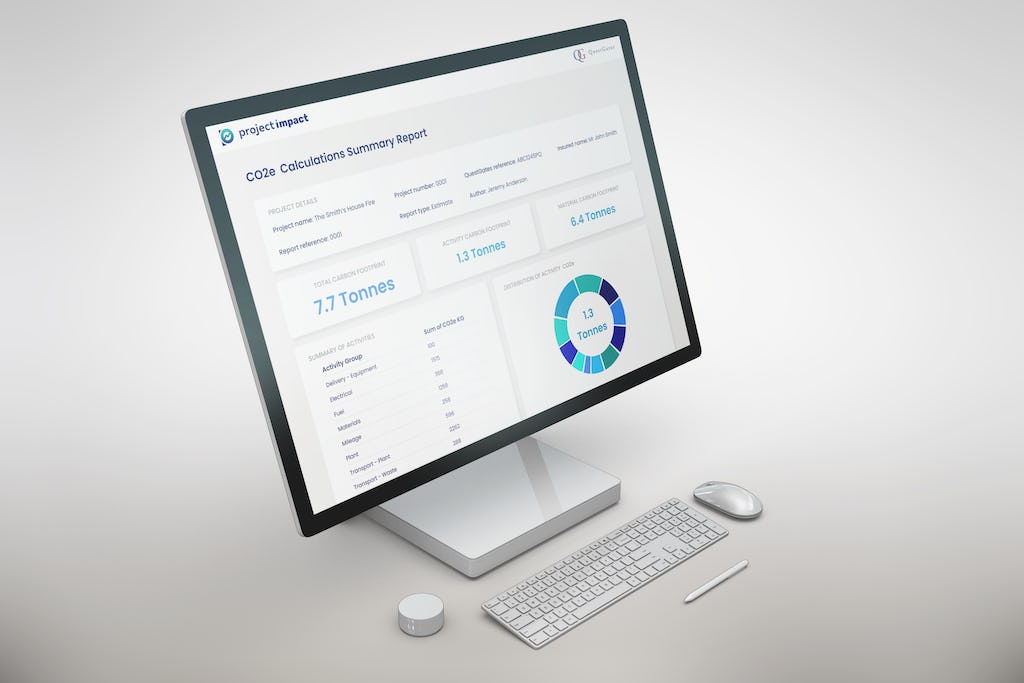 Focused on clear communication with the client

After an initial discussion we recommended not engaging in an extensive UX discovery phase involving end-user research. Blue Marble already had a precise understanding of what features clients would value, as they already had a successful carbon calculation tool in place, and the project’s time constraints were very tight.

Instead, careful attention was focused on establishing clear lines of communication with Blue Marble during the MVP build, ensuring all ensuing changes to datasets were carried through into the app.

An MVP designed to scale

Using Orbit Slingshot to accelerate the development process, the Blue Marble MVP was made using React for the front-end, and js.node, a Postgres database, and Azure Cloud hosting for the back end. As Blue Marble has plans to change how they record datasets in future, the code developed for parsing data was designed to be flexible to accommodate different iterations.

The Orbit Slingshot build ensured that the Blue Marble MVP was ready to scale from the moment it was delivered. Initially operating in a single Docker container, each of the “capsules” of code making up the back end can easily be moved into separate containers to handle increased demand. If Blue Marble’s need for storage increases dramatically to respond to customer demand, it is possible to spin up as many “storage capsule” containers as needed.

This scalable design means Blue Marble can wait until demand grows before investing in greater capacity, and when that greater capacity is needed it can be added quickly and at minimum cost. 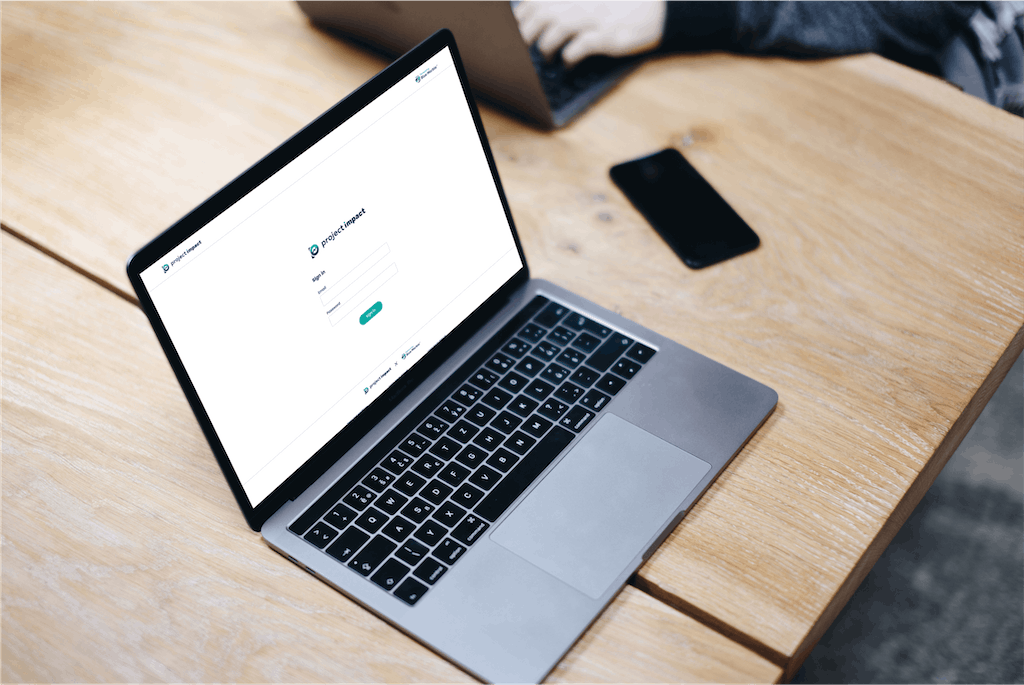 A truly minimum viable product, quickly placed in the hands of users

After only eight weeks of design and development, Blue Marble received a working MVP which their partners could begin using immediately.

Critically, as the new app is a true MVP and not a disposable prototype, the next version can be built upon the already completed work instead of having to start from scratch.

Following the success of the MVP, Blue Marble have commissioned Rocketmakers to start on the next version of the app.