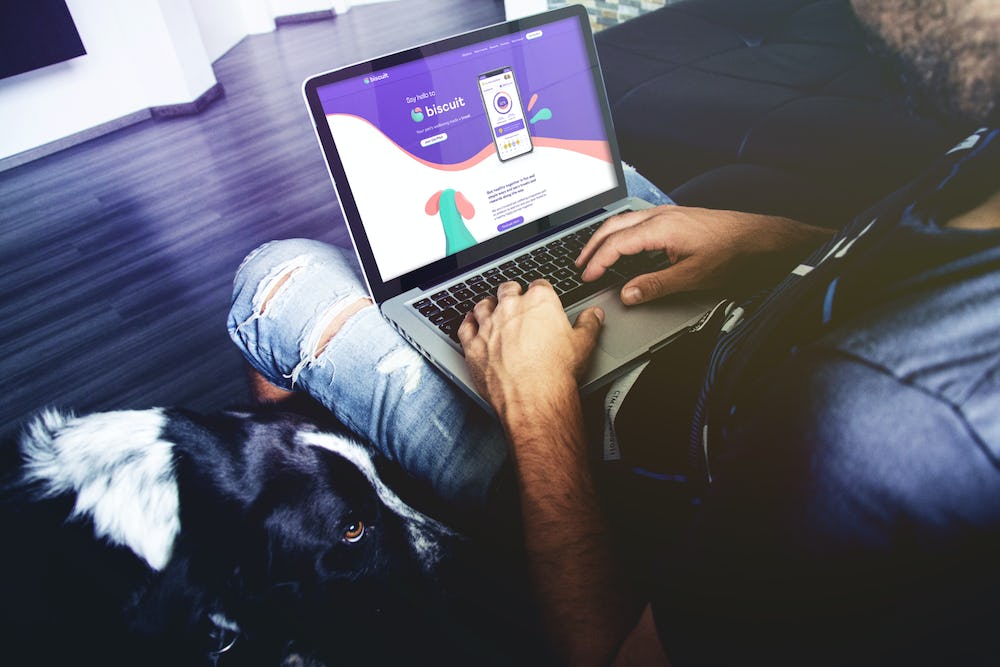 Pet owners are increasingly invested in the health and wellbeing of their pets. This has led to a growing uptake in pet insurance for more serious problems, and a growing appetite for day to day tools to help keep pets happy and healthy.

Empowering pet owners to support healthy lifestyles for their pets

Many pet owners care deeply about the wellbeing of their pets, but accessing individualised support is expensive and difficult to find time for.

With better support, pet owners can reduce incidents of pet obesity, illness, dental problems, poor pet behaviour and anxiety. While pet insurance is great for covering the treatment costs of serious health problems, avoiding health problems altogether is a much better outcome for everyone. 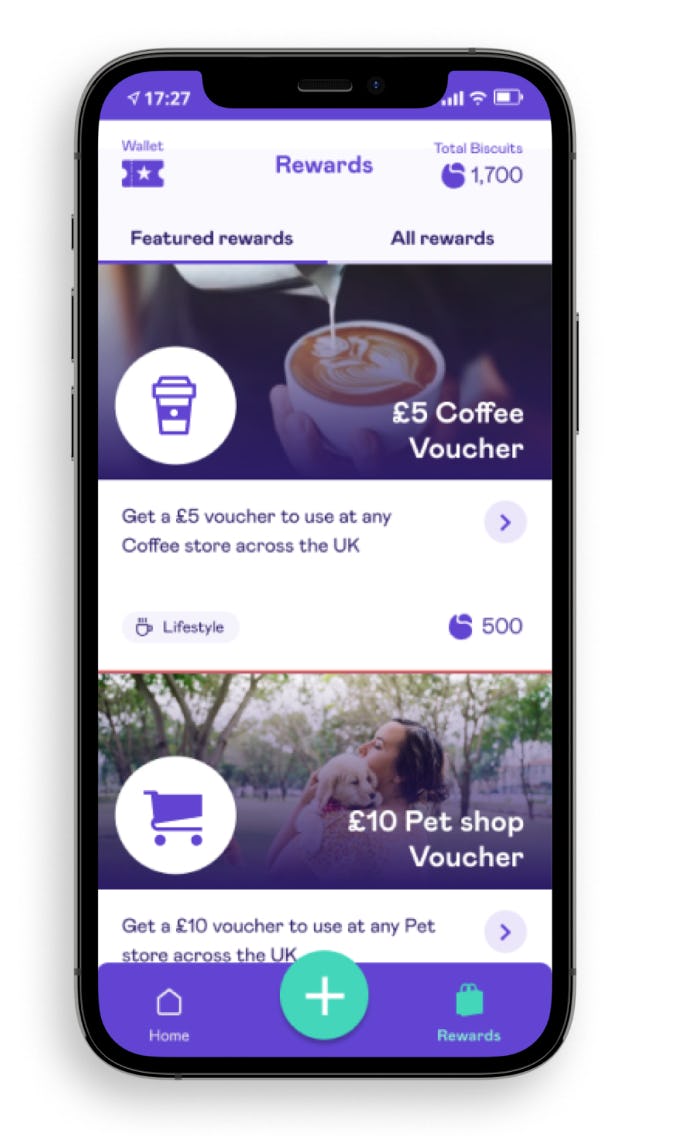 Biscuit Pet Care was founded by a team with extensive knowledge in pet care and deep expertise in behavioural science and health promotion programmes. They asked us to create a smartphone app which would create a pet wellbeing ecosystem, and which would empower and incentivise pet owners to become better pet parents.

Besides rewarding end-users who regularly engage with pet-health-promoting activities like regular walks, Biscuit wanted the app to integrate with rewards and engagement platforms. This would provide the opportunity to build key strategic partnerships which would, in turn, provide products and services to the end user via the app.

Translating wireframes into a functioning MVP

Biscuit Pet Care approached Rocketmakers with a very well developed understanding of their project already in place. This included a list of defined features, user journeys, and a set of wireframes which had been created by a design agency.

Rocketmakers kicked off its work on the app with a workshop with the Biscuit team to review the assets they had so far, and confirm the required user journey they wanted to create. With such a clear vision of their fully realised app, the biggest immediate task was to decide which feature set to include in the Minimum Viable Product.

The Rocketmakers designers worked very closely with Biscuit from the start of the project, with constant and regular feedback, and multiple iterative phases. The initial feature set needed to be pared back to fit within the budget and desired timelines of the MVP, and deciding which features were most essential to a good user experience was an early priority.

Another important task was to take the original design wireframes, which mostly focused on optimal user journeys, and expand it with “bad path” user journeys. Even with the best user interfaces, app users will make mistakes and can end up getting stuck in a loop. Ensuring they can find their way back to where they want to be is essential for maintaining engagement.

As a fully-integrated agency, the Rocketmakers designers were also able to ensure each element of the design wireframes was possible to code (something that does not always happen when design teams work independently). They were also able to provide a thorough handover to the front-end design team, and were on hand to answer any questions as they arose.

Our Approach Part 2 [back end]

Considering the complex geolocation tracking features that the application design required, the Rocketmakers dev team were confident a runtime system called Capacitor, combined with a robust, well tested plugin, were the best tools for the job.

Capacitor is a very new system, however, and the CRM platform Biscuit wanted to work with did not support it yet. It used an older system called Cordoba, which was similar to Capacitor, but couldn’t support the ambitions of the Biscuit app design. Working with the older technology could have been possible, but would have resulted in fewer features. To fix the problem, Rocketmakers developed a custom plugin, allowing for smooth communication between the app and the back office systems.

Similar problems were encountered with the two other third party integrations. Neither integration worked as needed without extensive modifications and customisation work.

Another performance-related issue was the decision to build the back end using Microsoft’s .NET. It offered the best fit for the features Biscuit wanted, and it made it easier to run the database on Azure (which was one of the client’s project requirements).

As with all Rocketmakers-built projects, building a backend architecture which would be ready to scale from day one was a priority. We designed a cloud-based server structure which kept running costs low, but will allow the Biscuit MVP to expand to meet any and all demand, avoiding any worries about a costly rebuild.

The team is highly skilled, very collaborative and great to work with. They really understood what we were trying to create, and brought a wealth of experience and deep expertise to our discussions that really helped us make progress quickly. Everyone was fully committed to the project from the start, and it felt like they were an extension of our team. 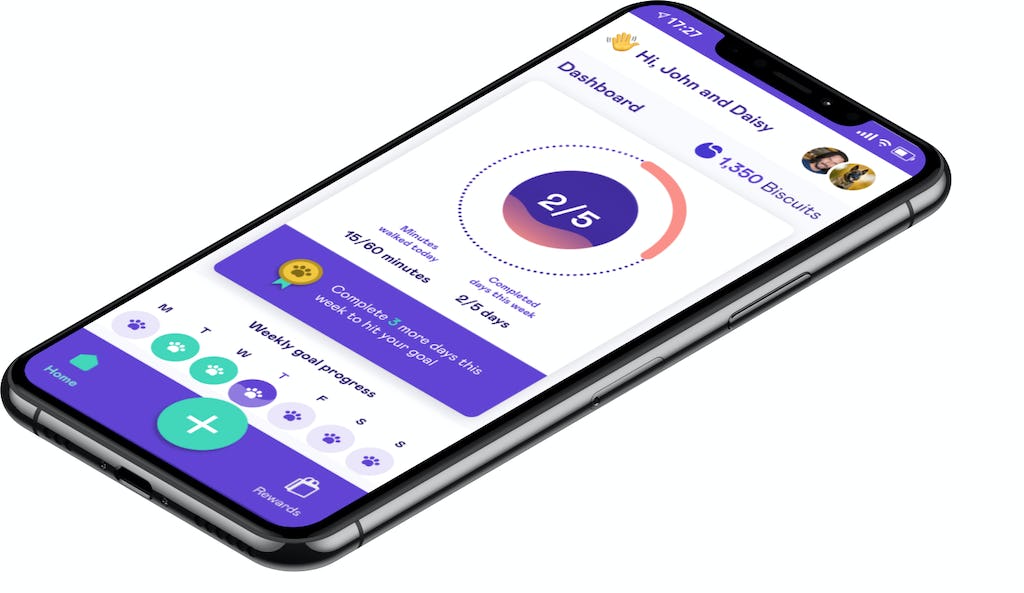 The app designed by Rocketmakers took the existing wireframe (app design) and brand designs and realised a fully-functioning MVP ready for use on both Android and iOS devices.

In addition to authentication and new user onboarding, the app supported pet and pet owner profile creation, personalised activity requirements and tracking with GPS integration including route tracking and distance capture, and the awarding of Biscuits (an in-app currency), integration with a loyalty programme for spending Biscuits, and an integration with a CRM to target push and in-app notifications and provide a wider marketing ability.

Rocketmakers also created a simple, single page marketing site to promote the app, and encourage interested companies to get in touch to become a partner.

A successful MVP launch followed by work on the next iteration

Biscuit Pet Care have been extremely happy with the entire development process. The MVP was launched in March 2022, and, with only a soft marketing launch, the app has had nearly 600 downloads in its first two months.

It has been an absolute pleasure collaborating with the Rocketmakers team on this project. Their commitment, attention to detail and passion for their work has enabled us to launch a quality MVP in a matter of months. Rocketmakers took the time to fully understand our proposition and requirements to ensure that we were confident that they could deliver.

Are you interested in working with us to make a positive impact?