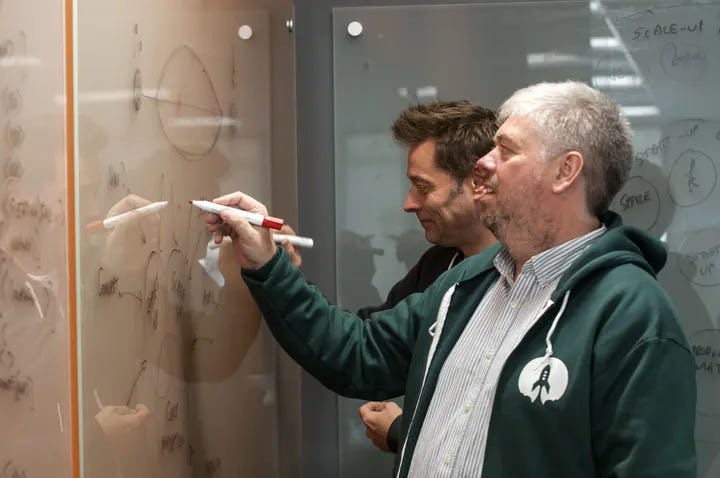 Later this year, Rocketmakers will celebrate its 15th birthday! To celebrate this milestone, we asked co-founders Richard Godfrey and Keith Walker to reach into their collective memories and tell us about four times Rocketmakers used technology which was extremely cutting edge back in the day (even if this tech is pretty standard today).

These “blasts from the past” will show you that what’s considered new and innovative has certainly changed in the past decade and a half, but what hasn’t changed at all is Rocketmakers’ enthusiasm for working with the best and newest tech.

3D Imaging Believe it or not, realistic 3D imaging technology was still a rare thing back near the turn of the 21st century. This was one of Rocketmakers’ first specialties, and a passion that all the team shared.

During the early years, the team became experts at using Windows Presentation Foundation, or WPF. During Richard’s time at Microsoft, he led an architecture team which focused on experimental projects, and he met Keith on a joint project with Transport for London making a 3D representation of the London Underground.

The first Rocketmakers product was an in-house publishing platform called KoodibooK. KoodibooK never really took off, but it did sport some amazingly accurate virtual representations of physical books, even down to the thickness of the pages as they turned.

These same skills were used to produce a “proof of concept” application called IMPACT, which was pitched to the English Institute of Sport (EIS) for their medical records system. IMPACT featured a realistic 3D body which athletes could plot injuries on. During user testing, this feature was dropped (Rocketmakers have long been into user testing), but the overall project was greenlit by EIS. It is known today as the Performance Data Management System (PDMS) and is used regularly by British Olympic and Paralympic athletes. In 2018, Rocketmakers were awarded the Queen’s Award for Innovation in PDMS by Her Majesty The Queen! 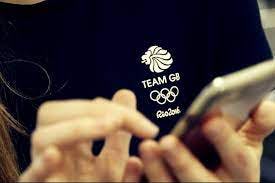 Automated code analysis One of the first Rocketmakers clients was one of the world’s largest financial institutions: Bank of America/Merrill Lynch!

BOA/ML had a major problem, and their own internal team of experts had been unable to identify the root cause. They had recently released a trading platform, but after a few hours of use the software would get so sluggish that users were disengaging. BAO/ML asked Rocketmakers to see if they could find and fix the problem.

Rocketmakers used a new specialised program called PostSharp, which injected code to document the entry and exit of every function, together with scanning for use of best practices.

Within a few weeks, the Rocketmakers team had discovered a serious memory leak that all other experts had missed.

Code Generation (CodeGen) Rocketmakers was an early adopter of CodeGen, an approach which is completely routine across the industry today. In brief, CodeGen is the practice of writing code which in turn writes other source code (which then gets compiled).

CodeGen is widely used today for API generation. One of Rocketmakers’ early clients was the Metro newspaper, who asked the team to build an app for Windows mobile devices (and in case you don’t remember, or weren’t born yet, there was once a Windows mobile operating system that almost competed with iOS and Android).

This was before off-the-shelf API tools were easily available, so Rocketmakers made its own using CodeGen tools. This allowed users to sync the day’s newspaper content on their app before they got onto the Underground or train with poor signal, ensuring the Metro content was available during their commute.

Using power lines as their network, enModus had a technology for monitoring and managing energy use via a series of early smartplugs. These plugs produced an enormous number of small data packets, which needed to be processed quickly and accurately. Using a cross-platform data format called Protobuf, the system Rocketmakers designed could produce packets of data which were highly compressed (to use less bandwidth) but succinctly described to ensure correct processing. These were stored across multiple servers to ensure the system was highly resilient, and to ensure the load for each plug was distributed (using a technique called “sharding”).

Both Protobuf and sharding are in common use today, but back in 2011 this was very cutting edge, and provided an important early example of how Cloud technology could be used economically.

They may be old, but innovative use of these technologies live on at Rocketmakers!

Technology doesn't need to be new to be used in an innovative way. If you want an example of how older tech is used today in new innovations, just look at Rocketmakers’ latest in-house innovation: Beam. 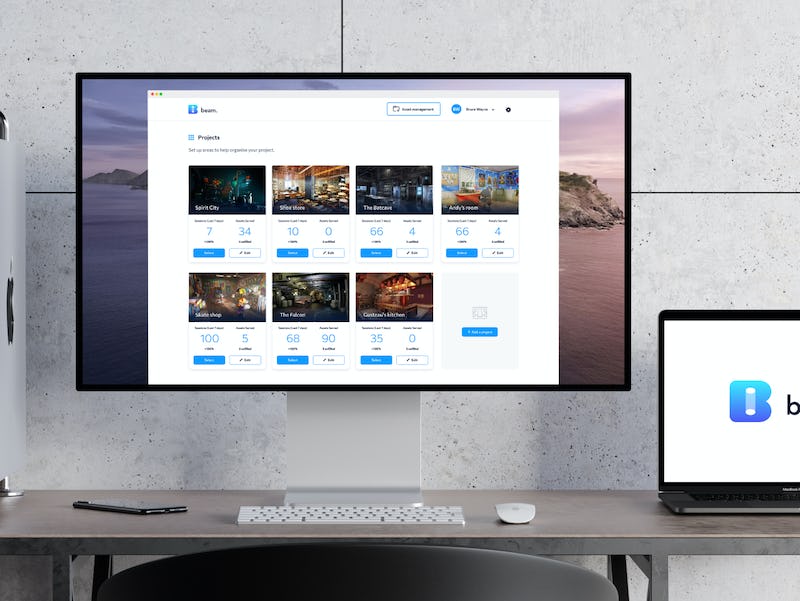 Beam is a system for managing the content in Virtual and Augmented reality environments. It makes refreshing and updating virtual environment content just as easy as updating the images on a website, and we think it might just change the world. When we showed the idea to Innovate UK, they agreed, and helped to fund early research and development of Beam alongside Rocketmakers' own internal investment.

Now in advanced testing and in pilots with customers, Beam is certainly cutting edge and contains lots of technology which didn’t exist even a few years ago. But look under the hood, and you’ll see some familiar sights.

As a system for managing 3D images, Rocketmakers’ long standing expertise has been invaluable. Every line of code in Beam is put through its paces using automated code analysis, and, as a system which is managing huge amounts of data via a database, its API has been developed using CodeGen. And, of course, technologies like Protobuf and sharding are essential for managing the flows to and from that database economically and efficiently.

There’s no telling what technologies the next fifteen years will bring, or which of today’s exotic, cutting-edge technologies will have become routine by then, but we do know one thing for sure: Rocketmakers developers will be creating and designing with the best, most innovative tools possible.

Rocketmakers is a Bath-based software development agency on a mission to have a direct, positive and meaningful impact on the lives of more than 50 million people through the software they build and the support they provide.